Over the past half-century, there have been many efforts to devise U.N.C.L.E. stories that never came to be.

Some of those efforts occurred after the original television series went off the air in January 1968. Others took place while the show was in production.

What follows is a look at some. It’s not a comprehensive list by any means. But it provides an idea how U.N.C.L.E. has been a difficult concept to make reality. 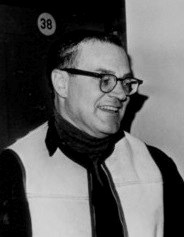 The Malthusian Affair/Sam Rolfe. Pilot script (written in 1976) for a proposed MFU revival television series. Two-hour TV movie would have had eight “chapters” instead of the four “acts” of an episode of the original series.

Rolfe has UNCLE relocated to an office tower from Del Floria’s. The new HQs are “hidden” between the 88th and 89th floors. The new UNCLE chief is named Victor Waverly, presumably a relative of Alexander Waverly. Story opens with a robotic-like creature crashing through the wall and throwing two men (an UNCLE agent and an informant) to their deaths. NS and IK come to Waverly’s rescue before the Madman (the robot-like character) can kill the UNCLE chief.

Eventually, they uncover a plot where the head of Mogul Industries, is going to unleash a virus that will kill 80 percent of the world’s population with Mogul taking over. The Madman is revealed to be a small man (an aide of Mogul’s chief) inside an exo-skeleton. Rolfe repeats plot device of The Vulcan Affair (original MFU pilot) and has Solo recruit the old girlfriend of a key Mogul operative. We’re also introduced to two new UNCLE agents, Dov Kaplioff and Helga Thorstrom, who probably would have been regular characters had a new series been made.

Highlights: Some good Rolfe dialogue. Kuryakin has been captured and is being beaten up so he’ll reveal Solo’s location. Then Solo is captured and tossed in with Illya. “Ah, Napoleon,” Illya says. “Your plan has worked. You’ve gathered them all into your trap…”

Later, the innocent has been sent to the cell with Solo and Illya. Solo tries to comfort her. “I’m sorry I got you into this but we’ll get out of it,” Solo tells her. “Illya and I have been in much worse situations…haven’t we, Illya?”

Earlier, there’s a nice sequence where Solo, trying to escape, flatters an older woman at a party thrown by the villain. “The thing I like is that you’re not afraid to be daring,” NS says. “Most woman past forty…uh, I’m sorry…you are past forty?”

Lowlights: Script clearly recycles bits from the original series. Scene where Solo recruits the innocent is virtually lifted from “The Vulcan Affair.” There’s a scene where Solo and Illya visit a small Arkansas town that Mogul has used to test its killer virus. It reads very similar to the opening of “The Finny Foot Affair.” When Solo, Illya and the innocent escape the jail cell, it seems very much like the climatic sequence of “The Quadripartite Affair.” Also, there are gaffes. Victor Waverly is said to be part of Section Two, when he should be in Section One.

The project was headed by producers Ivan Goff and Ben Roberts, who had produced seven of the eight seasons of “Mannix.” Around this time, they sold another pilot, “Charlie’s Angels.” Sometimes, life is just unfair. While “The Malthusian Affair” has some flaws, it STILL seems a better script than Michael Sloan’s “Return of the Man From UNCLE.”

Page from a 1990s comic book based on the never-made Biederman-Short movie story. The comic book was never released.

The Man From U.N.C.L.E.: The Feature Film/Danny Biederman and Robert Short Script for a proposed early 1980s movie contained a number of interesting ideas.

The Biederman/Short story depicted the destruction of UNCLE’s New York headquarters by Thrush. Solo and Illya are forced to work out of the Berlin regional headquarters, where the station chief, the by-the-book Mrs. Allison, tries to clamp down on their free-wheeling ways. (Shades of the version of M. that was introduced in the 1995 James Bond movie “Goldeneye.”)

Serena, the woman Thrush operative from The Double Affair/The Spy With My Face, would also have made a return. The intrepid agents find out that Thrush actually has taken over the world — nobody knows it because the takeover was by economic means.

Biederman and Short had received indications of interest from Robert Vaughn and David McCallum, among others. The two writer-producers wanted to do a feature film (hence the title), but were willing to do the project as a lower-cost TV movie. But their project got shot down and Michael Sloan’s “Return of the Man From U.N.C.L.E. got made instead.

Sam Rolfe Made-for-Cable-TV project: In the early 1990s, Sam Rolfe, developer of the original television series, attempted a made-for-cable TV version of U.N.C.L.E. that would include a “next generation” of agents, including Illya Kuryakin’s son. Rolfe died of a heart attack in 1993, which ended the effort.

Producer John Davis optioned U.N.C.L.E. after Rolfe’s death. A number of scripts were commissioned. Two projects that fall under the Davis umbrella (the Matthew Vaughn and Steven Soderbergh versions) are listed below. Ember Entertainment said that Norman Felton, executive producer of the original series, “quitclaimed” his half of U.N.C.L.E. rights to the production company. We present these three in rough chronological order.

Matthew Vaughn movie project (2004-2005). Director Matthew Vaughn, in press interviews in late 2004, said he wanted to do a spy movie. His project, he said, would only have The Man From U.N.C.L.E. name in common with the original series. The movie never materializes. Vaughn eventually gets his wish to do a spy film with 2015’s Kingsman: The Secret Service, based on a comic book by Mark Millar and Dave Gibbons, but also taking elements of U.N.C.L.E., early James Bond films, The Avengers and Harry Palmer.

Soderbergh and the studio, according to various reports at the time, disagreed about casting Solo and Illya. Soderbergh’s first choice was his good friend, George Clooney. But Clooney bowed out. At various times, Bradley Cooper, Michael Fessbender and Channing Tatum were floated as potential Solos. At one point, when Walt Disney Co. temporarily canceled a Johnny Depp version of The Lone Ranger (with Depp as Tonto), the actor threw his hat in the ring to play Illya. Then, Disney relented and Depp was no longer in the running.

By late 2011, Soderbergh was gone as well. Warner Bros. ended up handing off the project to director Guy Ritchie, who filmed his version of an U.N.C.L.E. movie in the fall of 2013. It’s scheduled to be released in August 2015.

Scott Z. Burns, who worked on the U.N.C.L.E. script for Soderbergh, told Collider.com that his story was based on a real-life 1966 incident where an atomic bomb was missing on the bottom of the Mediterranean. That sounds somewhat like the plot of the James Bond film Thunderball and the 1983 TV movie The Return of The Man From U.N.C.L.E.

RELATED POSTS FROM THE SPY COMMAND:

STEVEN SODERBERGH CATCHES UP ON HIS U.N.C.L.E. (Posted April 12, 2011): The director watched a good many first-season episodes while preparing his version of U.N.C.L.E.

UNMADE SCRIPTS WRITTEN DURING PRODUCTION OF THE ORIGINAL SERIES: Most, but not all, of the following were written during the final season of The Man From U.N.C.L.E., which was canceled mid-season.

The Silent Affair (author unknown): A presentation for advertisers including drawings, titles and descriptions of what would be first-season episodes. But not all were made. The description for this episode reads, “An ordinary salesman is persuaded to go to the Far East and take the place of a deceased relative who had stolen the defense plans of Formosa.”

The Butterfly Affair (author unknown): From the same advertiser presentation, although this could be an early description of what would become Robert Towne’s The Dove Affair: “Napoleon Solo has to smuggle the key to U.N.C.L.E.’s Secret Code out of a country before it falls into the hands of the enemy.”

The Gypsy Travellers Affair/Archie Tegland. Sequel to “The Brain KIller Affair,” would have featured the return of Dr. Agnes Dabree. Tegland hoped to sell story as a two part episode.

The Cotton Candy Affair (author unknown). A second season script that was apparently shelved because it was deemed too expensive to film. Solo and Kuryakin investigate a circus they suspect is really the base of operations for some assassins. The agents pretend to be clowns with a shady past. The script calls for quite a bit of action. A couple of ideas seem a bit silly, including the notion the assassins would keep records of their employers by putting it in code on the circus’ tatooed man. Still, the version I saw was a promising concept. Even as written, it would have been much better than a good many third-season episodes.

The Stolen Time Affair/Dean Hargrove. A provocative Thrushwoman threatens the use of a device that will stop clocks within a 10-mile area. Major cities of the world will be subject to chaos unless a blackmail sum is paid and collected by UNCLE.

The Missing Agent Affair/Clyde Ware. A list containing the name of six men within a dictator’s government that oppose his plans to launch a war (profitable to Thrush) is the objective of both UNCLE and Thrush.

The Logos Affair/Rik Vollaerts. The founder of an island nation is retiring. His son is affiliated with Thrush. When he takes power, Thrush will have a base to make war on other nations.

The Disarming Defector Affair/Boris Sobelman. A ruthless dictator uses a “defecting” princess to try and capture the leader of the underground that is building against him.

The Charge d’Affair/John D.F. Black. A top Thrush strategist is about to be frozen alive by his own organization. This is to ensure that future generations of Thrush will have the benefit of his brain when he is thawed out. He has contacted UNCLE and wants to defect, not liking the cold.

The Mallinson Affair/Norman Hudis. For $5 million, a man has posed as a monk to obtain a formula from an Indian monastery. The formula could create fertile soil or world famine. Thrush is the buyer and UNCLE will see the man dead before his knowledge gets to Thrush.

The Kamikaze Affair/Gerald Sanford. A Japanese businessman has a contract with Thrush to kill ten top UNCLE agents, including Waverly. The bait is Waverly’s counterpart in Thrush, who has been captured in Mexico by UNCLE.

The Devil’s Son Affair/Robert Sherman. NS and IK are after a dossier that will prove a renown philanthropist is the head of a global underworld organization.

The Instant Future Affair/Arthur Weingarten. A top chemist, the only man that can block Thrush’s plans to use a new nerve gas has been shot. NS, although detained by an elaborate ruse, attempts to get a special brain surgeon through to save the chemist’s life — and the world.

The Double Image Affair/Robert Thompson. A powerful Middle Eastern financier makes use of NS and IK to rid himself of a gypsy dancer that is blackmailing him.

The Sea Locust Affair/Milton S. Gelman. The head of an island empire, based on piracy, has one weak point — his young son. He is trying to find his wife (abandoned after the son’s birth) to find out if he is really the boy’s father. UNCLE is using his curiosity as a trap.

The Crown of our Lady Affair/Boris Ingster. Thrush and UNCLE are on the hunt for a national treasure that, if restored, will bring peace between the government and the revoluntionary faction of a European country.